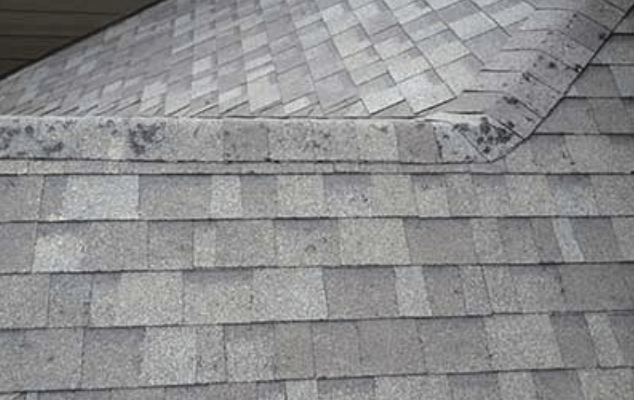 Functional hail damage to asphalt shingle roofs is characterized by a localized loss of granules, usually circular in shape, and a fracture in the mat. … Industry studies have shown that softness in the mat, commonly called a bruise, is indicative of a fracture on the bottom side of the shingle or in the mat. For homeowners in the Dallas area, hailstorms are just an expected occurrence which is what causes the shingle bruising. It’s important that you get an inspection done right away after a hailstorm, because homeowners insurance policies will often cover damage related to hail, but the longer you wait to inspect and report it, the less likely they will be able to cover it.

A bad storm rolls through and causes tree branches to fall down, knocks garbage cans over, and tears some shingles off your roof. We all know that missing shingles are unsightly, but how do they cause leaks? After all, just because one shingle is missing doesn’t mean the roof is open, does it?

Actually, the truth is that if only one shingle or one shingle tab is missing, your roof may be okay for a little while. Felt paper is installed under the shingles for the purpose of keeping water out in case of a shingle failure. However, felt paper weathers quickly and is not completely waterproof. Eventually, it will age and deteriorate, causing a leak. The felt paper only gives you a little bit of time to have the shingles replaced.

Fortunately, this problem is usually pretty easy to spot with a quick inspection because you will see the area of your roof that has shingles missing. You can also check around your yard for shingle segments if you suspect that the wind might have damaged your roof.

Extreme heat temperatures can also present potential danger to your roofing in Dallas, and if you miss the signs of the damage it could become a problem with a roof leak sooner than later.